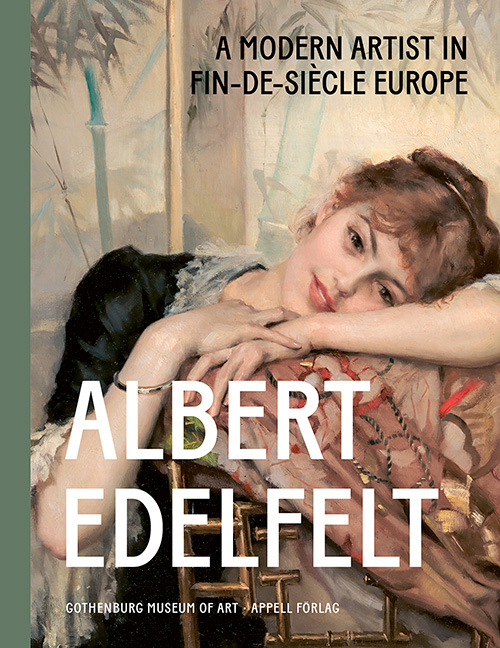 A Modern Artist in Fin-de-Siècle Europe

Albert Edelfelt (1854–1905) is one of Finland’s most beloved artists. He also gained early recognition on the international art scene and travelled frequently between the Nordic countries and Paris, something that is reflected in his art. His subject matter ranges from everyday scenes of peasant life in the Finnish archipelago to prestigious society portraits, from grand history paintings to commissioned illustrations. Edelfelt’s broad and international network of painters, writers, art collectors and other cultural figures also left an imprint on his art. He portrayed the bourgeois environments of the metropolis with skill and emotion, offering intimate glimpses into the artistic circles in which he moved.

Edelfelt was early to exhibit his work in solo shows, including shows in Gothenburg, Stockholm and Copenhagen. Solo exhibitions, a new phenomenon in art at the time, exemplify the era’s emerging focus on the artist as individual. For Edelfelt, the new role of the cosmopolitan artist led to status and success but was also a source of self-doubt and challenges in both his personal and his professional life.

Produced in cooperation with the Gothenburg Museum of Art.

Released in conjunction with the exhibition Albert Edelfelt – A Modern Artist in Fin-de-Siècle Europe at the Gothenburg Museum of Art, 22 October 2022–12 March 2023.